With the opening game of the World Cup just a couple of days away, the intensity, drama surrounding the build-up of the tournament is steadily peaking. With a number of fans from around the world flocking to Russia to be part of the festivities, the world gears up for a month of football extravaganza.

All the 23-man squads of the nations participating at the World Cup have been announced and the tournament is ready to get underway. There are some interesting group stage battles to look forward to and a number of individual duals throughout the tournament.

Portugal’s head coach Fernando Santos makes €1.91m while Gareth Southgate and Carlos Queiroz get €1.69m a year and are sixth, seventh and eight on the list. Here we look at the top five highest paid managers at the World Cup. 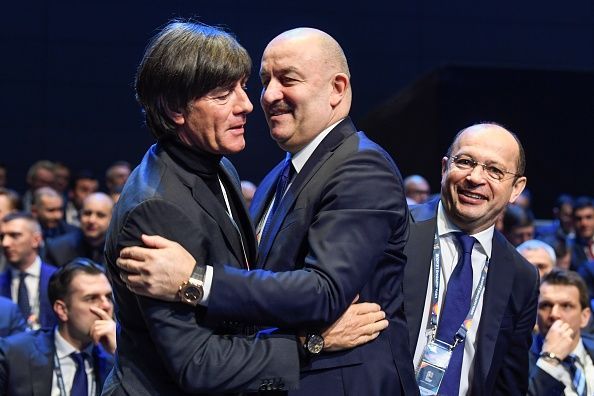 Stanislas Cherchesov, the manager of the Russian national football team is the fifth highest paid coach at the tournament. Appointed as the manager in 2016, the 54-year-old former goalkeeper is a veteran football man with over 20 years of playing experience and 15 years of coaching experience.

Cherchesov will be guiding his country on their own soil and is being paid a handy €2.21m a year.With the tournament under three days away, Russia will kick off the festivities against Saudi Arabia in the opener.

If the Russians can progress out of their group and into the knockout rounds it will be a giant boost for the country’s football aspirations. Cherchesov will lead the country out and hope to progress from the group……Read More>>